##How will the IRDAI’s new definition of pre-existing diseases affect you? The Insurance Regulatory and Development Authority of India (IRDAI) is a statutory and autonomous body that regulates and promotes insurance policies in the country. In a circular dated February 10, 2020, it made certain amendments to the definition of pre-existing conditions. This is expected to affect the overall functionality of health insurance policies and thereby impact policyholders significantly.

To help you get better acquainted with the changes, let’s take a closer look at them.

##The old definition of pre-existing diseases A pre-existing disease is a condition or problem that an individual possesses at the time of buying a health insurance policy. Therefore, these diseases are not considered under the coverage of the policy; rather, they are excluded for a waiting period, which is four years for most health insurance policies.

For instance, if a person is diagnosed with diabetes, cancer, COPD, lupus, depression, epilepsy, anxiety, or sleep apnoea (to name a few diseases that fall under the exclusion of pre-existing illnesses), they would not be covered for any complications and financial drain linked to them.

As per last year, if a disease needed treatment or medical advice from a physician within 48 months from the issued date of the policy, then it would be termed as pre-existing disease.

Moreover, as per the old terms, a disease or condition which had shown the symptoms or signs of its existence within the three months of insurance date would be the definition of pre-existing diseases.

##Impact of the amendment on policyholders The IRDAI changes on pre-existing diseases are predicted to cause a fall in the denial rates of health insurance policies. According to experts, this would allow cash flow to increase. Now, the most crucial question that needs to be addressed is: how can this change possibly help policyholders?

Prior to this amendment, an insurer had the power to reject your claim, hike the policy premium or terminate the policy if you were diagnosed with a disease within three months of purchasing the insurance. However, the new definition has turned the tables. Simply put, you would no longer need to wait four whole years to get coverage for these costly treatments.

According to some industry reports, the existing denial rate in India for pre existing illness insurance is 5-10%, but an organisation must try to keep the rate below 5% to maximise reimbursement claim revenue, which seems quite achievable after these alterations in health insurance. Therefore, experts are expecting an elevation in India’s health curve after this change.

So, make sure you #ThinkAhead and get a health insurance policy that offers the right coverage for your needs. Opt for TATA AIG’s MediCare for comprehensive coverage that covers pre-existing illnesses, in-patient treatment, pre- and post-hospitalisation expenses, emergency ambulance cover and global cover. 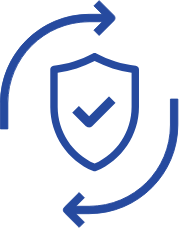 Tata AIG Also Offers Insurance for the below products