What is Vector Borne Diseases

What Are Vector-Borne Diseases?

Protect yourself against vector-borne diseases with medical insurance coverage from Tata AIG.

Research states that India ranks fourth globally in the total number of malaria cases. Malaria is considered to be a vector-borne disease generated by the plasmodium parasite, which is transmitted to humans through mosquito bites. Besides malaria, numerous other vector-borne diseases are triggered by bloodsucking insects like triatomine bugs, fleas, flies, sandflies, ticks, and mosquitoes like dengue, chikungunya, kala-azar, zika virus, filariasis, and Japanese encephalitis.

It is vital to emphasise that vector-borne illness accounts for over 17% of every infectious disease, killing over 700,000 people every year. Many people who suffer from vector-borne diseases die due to a lack of funds for medical treatment or the inability to obtain the best therapy at the right time.

Thus, Tata AIG has developed health insurance policies to prevent patients from feeling powerless if they are diagnosed with vector-borne diseases and cannot afford treatment.

As there has been loads of awareness about various illnesses and viral infections since the coronavirus pandemic (COVID-19), it has served as a sharp reminder of the significance of health as well as healthcare infrastructure. As a reputable health insurance company, we consider awareness the first step in any form of advancement, including the progression we make toward our general health and well-being.

So, consider purchasing health insurance with vector-borne disease coverage to ensure adequate financial protection against such diseases. Such a policy for you must provide ideal coverage while not drying your bank accounts, and our policies rightly tick all the boxes.

We have penned this health reference on vector-borne transmissions for you to know. Everything from vector-borne diseases in India to the many types of diseases and treatments almost commonly spread to shield yourself from them is listed here. Continue reading to learn more. But first, we understand why you should consider purchasing vector-borne disease health insurance cover.

Dengue fever is a persistent vector-borne disease in our country, transmitted by the bite of the daytime feeding mosquito - Aedes Aegypti. Every year, thousands are affected in India, particularly during the monsoon season. Dengue fever, like most vector-borne diseases, causes flu-like symptoms. It dehydrates the body and causes blood loss.

Research states that India ranks fourth globally in the total number of malaria cases. It is considered a pandemic in our country. It is transmitted by the bite of a female mosquito - Anopheles, which is a carrier of the Plasmodium parasite. Even though India wants to be free of malaria by the end of 2030, it now accounts for over 87 per cent of malaria infections in South-East Asia. Malaria may now be addressed with competent medical care.

You have certainly heard of the Zika virus and read a lot while flying overseas at airports (before coronavirus, of course!) The first occurrence of the disease in India was in 2018. The central health officials launched several testing procedures; it was later discovered that about 157 persons were sick and tested positive. The Zika virus is caused by the same mosquito that spreads dengue disease, yellow fever, and chikungunya. It also bites throughout the day. Although it's not life-threatening, it's reported to cause serious abnormalities in babies if a pregnant woman gets infected with it.

This disease is lesser known yet quite frequent in India, particularly among children aged 3 to 6 years. This disease affects humans and animals and is transmitted by pigs, mosquitoes, and waterfowl. In Asia, it's the leading cause of inflammation of one or several areas of the brain). Last year, over 150 newborns and kids perished from this viral illness after consuming infected litchis in Muzaffarpur, Bihar. Every year, between 1,500 and 4,000 instances are recorded in India.

This virus is spread to people by animals such as infected bats and pigs. There was an outbreak of the Nipah Virus in 2001, and it was discovered that it might transmit from one sick individual to another. The virus is most commonly spread across India and Bangladesh via date palm saps infected with fruit bat saliva or urine. Like other viruses, the symptoms of this viral infection are flu and can appear five to fourteen days after infection.

The month of June is approaching, with the long-awaited reprieve from the sweltering summer heat. Probably all of us enjoy the monsoon since it brings about a shift in the weather. The dry trees are adorned with beautiful green leaves, and the earth's refreshing aroma raises the spirits. The monsoon is a favourite pastime of both adults and children.

While the rain helps to keep the earth's temperature down, as time passes, it begins to hobble with a new set of issues. Waterlogging, for example, is causing an exponential increase in occurrences of vector-borne diseases. While purchasing health insurance with vector-borne disease cover is a preventive step, there are a few things you can do to protect yourself.

Why Should You Purchase Vector-Borne Disease Insurance Even If You Have a Health Insurance Plan in Place?

Nobody can have sufficient medical insurance for themselves or their loved ones nowadays. Because of the uncertainties of health issues, illnesses are rising. People today are increasingly prone to various diseases, let alone unintentional health problems. Therefore it's necessary to have a solid medical insurance plan to provide enough financial assistance against such conditions.

Nevertheless, because medical inflation is increasing on a daily basis, even a basic medical insurance policy can not be enough to assure comprehensive health coverage for you and your loved ones. For this reason, it's prudent to get a vector-borne disease policy in addition to a regular health insurance policy.

By purchasing a vector-borne disease policy, you'll be able to conveniently supplement the coverage provided by your current medical insurance policy. As a consequence, if you're ever diagnosed with vector-borne diseases like malaria or chikungunya, you'll have appropriate financial assistance.

After all, effective treatment and healthcare are more important than anything else in the battle against infections and viruses.

Videos to be added by the Tata AIG team.

How to Purchase Vector-Borne Disease Cover?

Inclusions and Exclusions under a Vector-Borne Disease Cover Plan

You should understand the included and non-included in a Tata AIG vector-borne disease cover plan:

If you want to go through the claim settlement procedure as smoothly as possible, you must present all relevant documents on time. To file a vector-borne disease insurance claim, you must have the few required paperwork. Here is a list of the papers necessary to file such a claim:

We will verify the correctness of the paperwork you supplied in support of your insurance claim for vector-borne disease coverage. And we shall take this up within 15 days of your treatment completion or hospital release. If we are happy with your insurance claim form, we will pay the awarded money to you within one month of receiving all relevant paperwork.

You should consider certain critical things while purchasing a vector-borne disease insurance policy. Here are a few examples:

The premiums you pay for a vector-borne disease coverage plan are tax-deductible under the Income Tax Act of 1961 (Section 80D). Nevertheless, your age group will determine the tax benefits you receive.

Here is a short rundown of the tax advantages of vector-borne disease insurance: 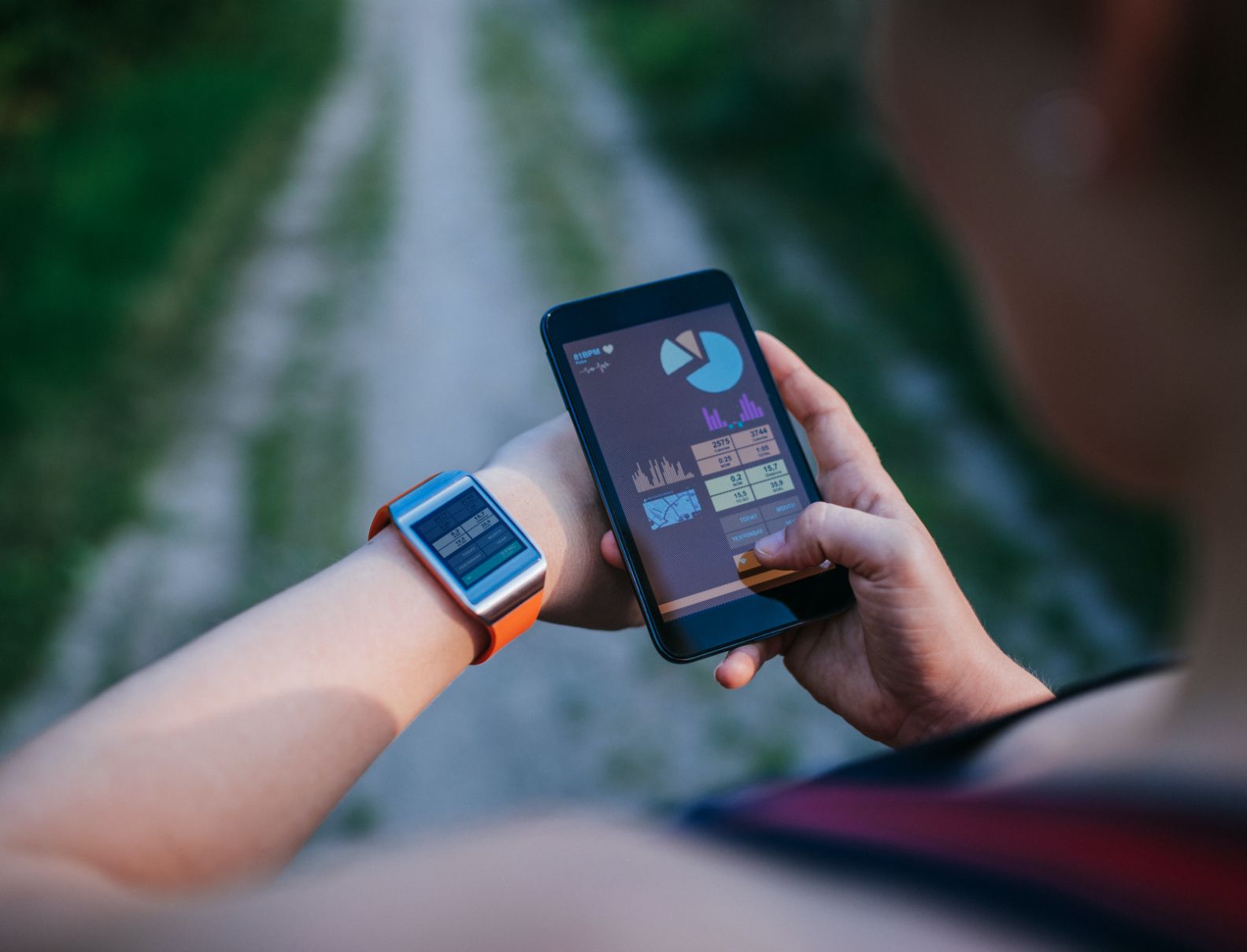 1. How are vector-borne diseases transmitted?

Vector-borne diseases are generally transmitted by the vector bites (like ticks, fleas, and mosquitoes) or via transmission of an infectious agent to another human or animal.

Some vector-borne infections, such as malaria, are deadly, while others, such as the Zika virus, are not. This, however, is dependent on the severity of the illness. Malaria, filariasis, and dengue fever are the most frequent illnesses in India right now, and they may become reasonably widespread and even lethal during the monsoon season.

3. How much does it cost to treat vector-borne diseases in India?

Every sickness is unique, as are its treatment costs, depending on where you reside and the severity of the ailment. However, to gain an indication of the expenditures, consider the dengue - According to Financial Express research, the cost of dengue treatment might range from ₹25,000 to ₹70,000.

4. What are the advantages of purchasing Tata AIG medical insurance covering vector-borne diseases and COVID-19?

One of the most significant advantages of such insurance is that you may obtain treatment and healthcare without incurring financial hardship. The Tata AIG vector-borne disease cover put forward numerous benefits, including

5. Why do you require medical insurance for vector-borne diseases?

Diseases caused by vectors have long been prevalent across India. However, since vector-borne illnesses start with flu-like symptoms, they are frequently ignored in the initial stages. As a result, adequate diagnosis and therapy are not possible in the initial stages. It is occasionally lethal or even more dangerous when vector-borne infections are not diagnosed and treated on time, aggravating the condition.

In such cases, little funds or a lack of care might have catastrophic consequences for the affected. Therefore, purchasing medical insurance keeps you and your family ready for financial independence in the event of a medical emergency. Laying your money in a medical insurance premium will never result in economic insecurity but will provide you with medical expenditure planning and peace of mind.

6. Is my Tata AIG Vector-Borne Insurance Plan Applicable throughout India?

Yes, your Tata AIG Vector-Borne Disease Insurance is valid throughout our country. With our extensive nexus of more than 7,200 partner hospitals scattered across India, you may receive medical treatment in the hospital closest to you.

7. What are the symptoms and diagnoses of vector-borne diseases?

An individual suffering from any vector-borne disease will often acquire a high temperature and symptoms such as headaches, nausea, discomfort behind the eyes, joint pain, rashes, and muscle cramps. As the symptoms are not particular, the condition must be diagnosed.

If the patient has had the symptoms for over a week, serology testing is recommended. Because there is no specific cure for this vector-borne disease, seeking urgent medical intervention minimises the risk of mortality. Indeed, some dengue patients require a blood transfusion as a result of low platelet count.

9. What are the factors that determine my vector-borne disease premium?

Several variables may have a direct impact on your vector-borne disease premium, including:

10. What are the documents needed for claiming my vector-borne disease cover?

To file a claim for your vector-borne disease insurance, you must submit the paperwork listed below: